These are brief descriptions for general informational purposes. More detailed and extensive information can be found from various sources, including those on the internet. Different sources will sometimes disagree on particular properties, especially where health concerns are involved.

Acremonium (ack-ruh-moan'-ee-um) - contaminant / opportunistic pathogen, found in sewage, soil and vegetation. It is commonly found in cultures and to a lesser extent tape-lifts. Only a few species can survive at normal human body temperature, and infection is rare in normal immune systems. Infections most commonly involve the cornea and nails. Some species are reported to be an allergen.

Alternaria (all-tur-nair'-ee-uh) - common allergen / contaminant / opportunistic pathogen, one of the most common molds found world wide in soil and on plants and can commonly can be found indoors (frequently appearing black on window frames). It is an important airborne allergen and common agent for hay fever, asthma, and other allergy related symptoms

Arthrinium (ar-thrin'-ee-um) -contaminant, found commonly on dead plants and in soil. Generally not considered to have much health significance, but one species is reported to be an allergen. IAQ significance relates to that it will grow in the same conditions as Stachybotrys (wet cellulose) and amplified amounts in indoor air could be a warning that conditions do exist for Stachybotrys growth.

Ascospores (ass-co'-spores) - A large category of spores (produced in a sac-like structure) that are found everywhere in nature and include more than 3000 genera. Most Ascospores of health or IAQ importance are identified separately by their genus (e.g. Chaetomium) when possible on a IAQ report, and the Ascospore category is used primarily on these reports for a large group of less important spore types often found in quantity on outdoor air samples. On tape samples, Ascospore is sometimes also used as a general morphological identification (i.e. the ascus or sac structure is present) for certain samples in those cases when the spores do not appear to represent any of the IAQ significant genera.

Aspergillus (as-per-jill-us) - allergen / contaminant / opportunistic pathogen, commonly found in the environment around the world. It comprises approximately 200 species and can appear almost any color. Though commonly found on cultures, tape-lifts, and air samples, its spores are indistinguishable from Pencillium on non-cultured samples (like tape-lifts and air-o-cells) unless the conidiophore is present. Health effects vary by species, but many species are reported to be allergenic. Some species produce toxins that might have significant health effects in humans. Aspergillus is one of the most infectious of molds, but infections are not common in normal immune systems. In immuno-compromised individuals, however, the disease Aspergillosis is a very significant and potentially deadly health concern.

Basidiospores (bah-sid-ee-oh'-spores) - allergen / contaminant, a general class of spore formed on a structure known as a basidium, characteristic of the Basidiomycete class (that includes rusts, smuts and mushrooms). This category is commonly found in outdoor air samples. Many species are reported to be allergenic and some species are associated with dry rot in wood. Elevated airborne concentrations indoors might be indicative of water damage or too high of humidity.

Beauveria (bow-vary-uh) - contaminant, known to be pathogenic in animals and insects. Rarely involved in human infection.

Botrytis (bow-try-tus) - contaminant, parasitic on plants and fruits. Rarely involved in human infection, but it is reported to be allergenic.

Chaetomium (k--toe-me-um) - contaminant, rarely involved in systemic and cutaneous disease and sometimes reported to be allergenic. Some species can produce toxins, and there is some research interest on whether these toxins can cause cancer. Primary IAQ importance is currently related to that it will grow in the same conditions as Stachybotrys (wet cellulose) and amplified amounts in indoor air could be a warning that conditions do exist for Stachybotrys growth. Many times on damp sheetrock paper, colonies of Chaetomium and Stachybotrys will be growing on top of one another or side by side (this can also be an important consideration when doing tape lifts of sheetrock because most of the time the colonies are not distinguishable by the naked eye - the small area that is sampled might be a pure colony of just Chaetomium even though numerous colonies of Stachybotrys might exist.)

Chrysonilia (kris -o-nil-ee-a) - contaminant, brightly colored, fast growing mold, which spreads easily through contamination. Health effects are not yet known. It is found in soil, breads, and contaminated laboratory cultures.

Cladosporium (clad-oh-spore-ee-um) - common allergen / contaminant / very rarely pathogenic, found everywhere, many times the most common and numerous mold found in outdoor air. Indoor concentrations are usually not as high, but it is an important airborne allergen and common agent for hay fever, asthma, and other allergy related symptoms. It can thrive in various indoor environments, appearing light green to black (the black mold on air vent grills is usually Cladosporium)

Dematiaceous mold (dim-ah-tie-ay-shush) - a very generic morphological description used for various brown molds (mainly on tape-lifts) that cannot be identified because of undistinguishable spores \ structures or because of too much environmental damage to the mold structures. This identification generally excludes many of the common toxic and more infectious molds found indoors, but on some occasions when the mold is very weathered or damaged, this category could potentially include mold from Alternaria, Epicoccum, Ulocladium or others.

Epicoccum (epp-ee-cock'-um) - contaminant / opportunistic pathogen, found in soil, air, water and rotting vegetation and can be commonly found in outdoor air. It is a common allergen, and rarely it can cause an infection in the skin.

Exophiala (ex-oh-fy'-all-uh) - contaminant / opportunistic pathogen. Commonly found in soil, decaying wood, and various other wet materials because it thrives in water laden environments. Indoors it can be found in air conditioning systems, humidifiers, and other surfaces in frequent contact with moisture. Some species linked to occasional skin infections and various other subcutaneous lesions. Allergenic effects and toxicity are not well studied.

Fusarium (few-sarh-ee-um) - contaminant / opportunistic pathogen, found on fruit, grains and is common in soil. Indoors it sometimes contaminates humidifiers. Associated with as eye and various other infections in immunocompromised individuals and particularly burn patients. Produces a variety of toxins mainly important when ingested, particularly thru contaminated grain products.

Geotrichum (gee-oh-trick-um) - contaminant, commonly found in dairy products and found as a normal part of human flora. There are some reports of infection in compromised hosts, but most of these are not well documented.

Gliocladium (glee-oh-clay'-dee-um) - contaminant, found widespread in soil and decaying vegetation. Similar to Pencillium, but there are no reports of infections in humans or animal. There are some reports of allergies.

Mucor (mhew'core) - contaminant / opportunistic pathogen, found in soil, decaying vegetation, and animal dung. It is common to find some spores in normal house dust. It's a minor allergen and can cause Zygomycoses and lung infections in compromised individuals.

Paecilomyces (pay-sill-oh-my-sees) - contaminant / opportunistic pathogen, found world wide in soil and decaying vegetation, associated with pulmonary and sinus infections in those who had organ transplants, as well as inflammation of the cornea. Some reports of allergies, humidifier associated illnesses, and pneumonia.

Penicillium (pen-uh-sill'-ee-um) - contaminant / opportunistic pathogen, one of the most common genera found worldwide in soil and decaying vegetation and indoors in dust, food, and various building materials. Common bread mold is a species of Penicillium. Spores usually cannot be distinguished from Aspergillus on non-cultured samples (like tape-lifts and air-o-cells). It is reported to be allergenic, to cause certain infections in compromised individuals, and some species do produce toxins unhealthy to humans.

Phoma (fo'-mah) - contaminant / opportunistic pathogen, found on plant material and soil. Reported to be a common allergen found indoors on painted walls (including the shower) and on a variety of other surfaces including cement, rubber, and butter. Some believe its effect on indoor air is not that significant because its spores do not travel well via air currents. Some species are linked to occasional eye, skin, and subcutaneous infections.

Pithomyces (pith-oh-my-sees) - contaminant, found on decaying plants, especially leaves and grasses. Rarely found indoors, but it can grown on paper. No reports of allergies or infections, but some species produce a toxin that causes facial eczema in sheep.

Rhizopus ( rye-zo-puss) - contaminant / opportunistic pathogen, found in soil, decaying vegetation, and animal dung. It is reported to be allergenic, and some consider it a major allergen often linked to occupational allergy. It can cause Zygomycoses and other infections in compromised individuals.

Scopulariopsis (scope-you-lair-ee-op'-siss) - contaminant / opportunistic pathogen, found world wide in soil and decaying vegetation and often be found indoors on various materials. Usually is only a contaminant but some reports of allergies and an as agent for certain types of nail infections.

Stachybotrys (stack-ee-bought-ris) contaminant, found indoors primarily on wet cellulose containing materials. It is the "toxic black mold" that has garnered much media attention. Some species produce a potent toxin that is lethal to animals, though dose effect on humans is not clear. One species produces a toxin linked to the bleeding lung deaths of several infants. A host of other toxic reactions in humans are also linked to it, but many of these require further study. Stachybotrys is sometimes difficult to detect indoors because many times it will grow unseen on the back of walls or in the wall cavity with little disturbance that would cause it to be detected by routine air sampling. This is potentially also when it is of most health concern: when it covers entire wall areas and constantly produces toxins undetected. Non-cultured lab analyses (air-o-cells and tape-lifts) usually are the proper method of identification because Stachybotrys does not grow or compete well on most culture plate media, and it is reported that even non-viable spores can be toxigenic.

Stemphylium (stem-fill-ee-um) - contaminant, reported to be an allergen. Rarely grows indoors, but can grow on cellulose materials like paper.

Trichoderma (trick-oh-derm-uh) - contaminant / opportunistic pathogen, found in soil. Can be found indoors on cellulose materials like paper and in kitchens on various ceramic items. Human infections are rare but some have been reported in immune suppressed patients. It is reported to be allergenic though some report these effects to be rare. It can produce toxins very similar to those produced by Stachybotrys chartarum, and because of this it is considered an important mold in IAQ investigations.

Torula (tore-you-law) - primarily a contaminant, but it is reported to be allergenic. Can be found indoors on cellulose containing material.

Ulocladium (you-low-clay-dee-um) - contaminant, found everywhere. Can grow indoors on various materials including paper, but requires more water than some other molds. It is reported to be a major allergen.

Verticillium (ver-ti-sill-ee-um) - primarily a contaminant found in soil and decaying plants. Health effects are not well studied. A few sources report it as a very rare cause of cornea infections.

Zygomycetes (Zy-go-my-seets) - large class of genera that includes Mucor and Rhizopus. Some species may cause infections and zygomycosis in compromised individuals, and some species may be major allergens. The category Zygomycete on reports is a morphological identification when the particular genus cannot be identified. Particularly on non-cultured samples such as tape-lifts and air-o-cells, many Zygomycete spores and even other clear round spores are indistinguishable by genus.

back to top ⇑ 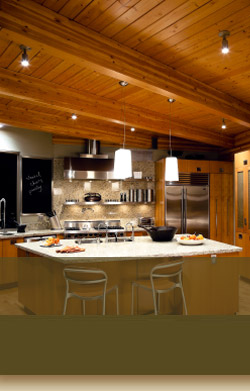